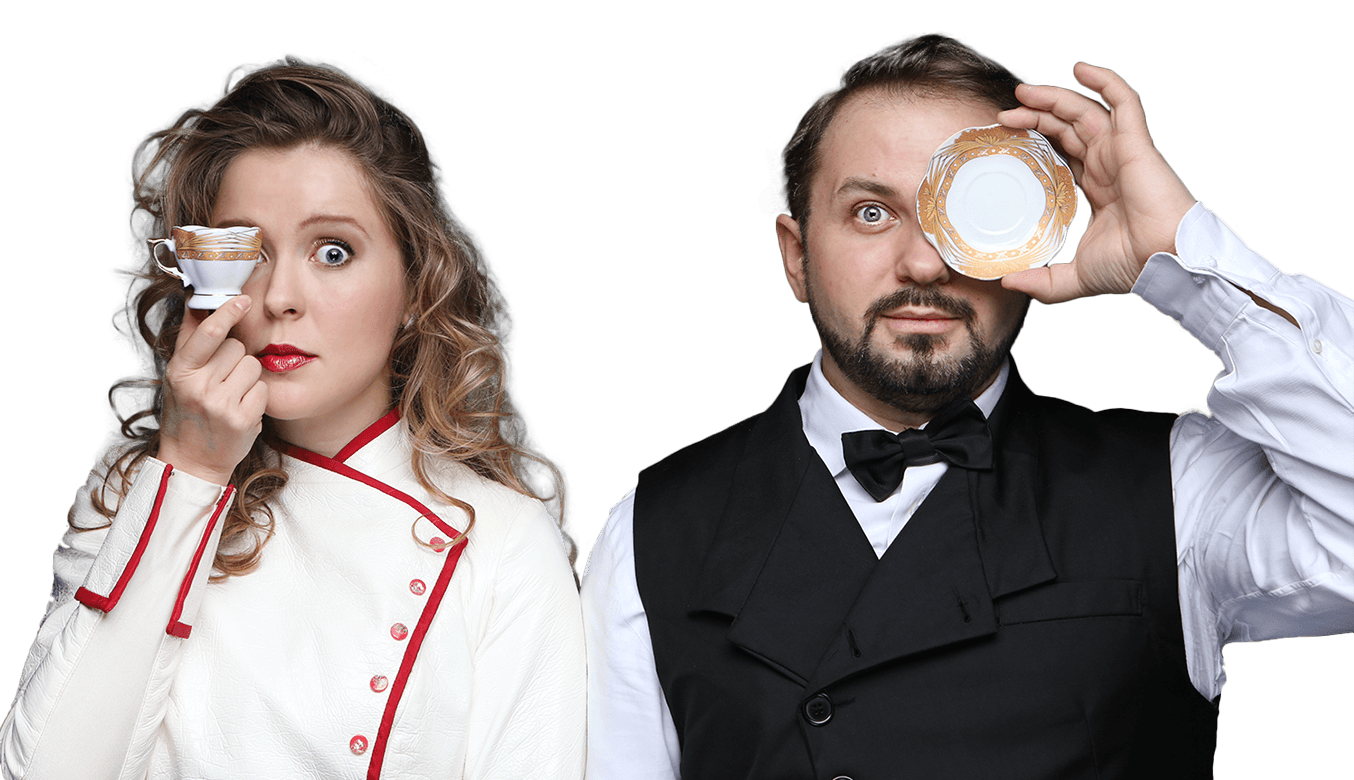 Music Take In co-operates with top professional musicians from all over the world. Famous names from big theaters and international stages work closely with young talents in order to develop ultimate inspiration and come up with unique ideas. 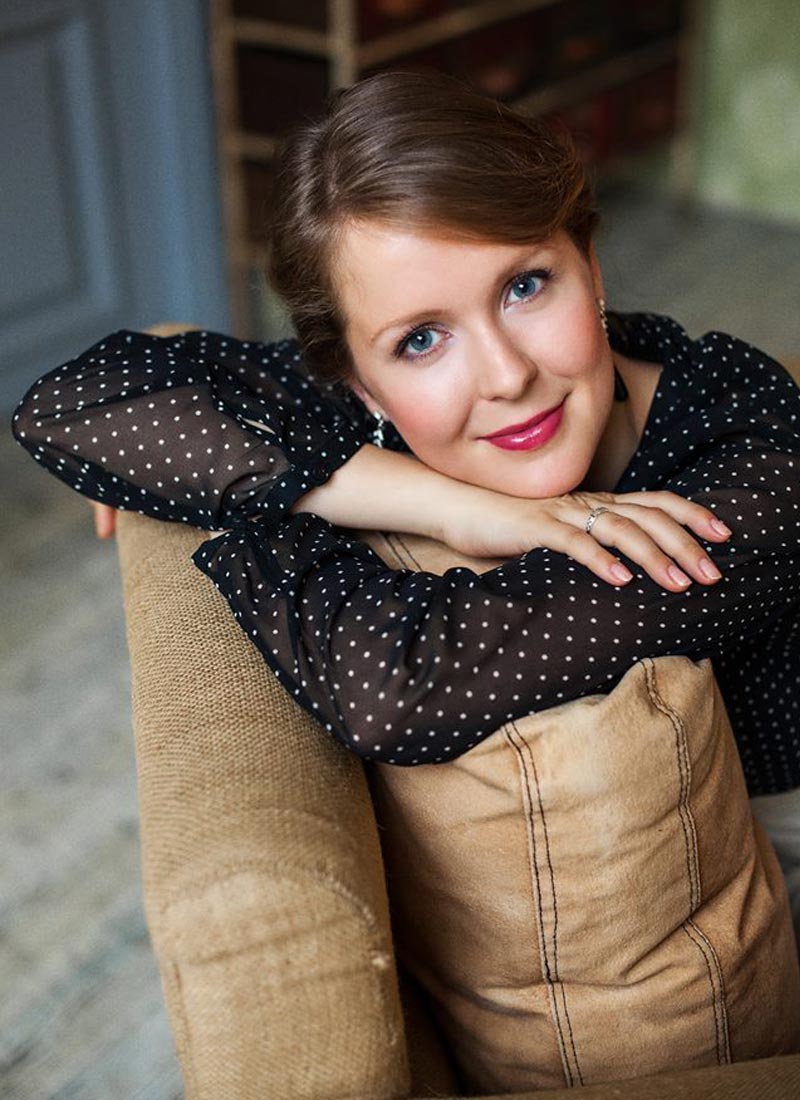 Anastasia Belukova soprano, graduated from the Russian Academy of Dramatic Arts (Dmitry Bertman's class) in 2006. She polished her skills under the guidance of maestro Alberto Zedda at the Accademia Rossiniana in Pesaro, Italy, in 2011. She is a constant participant in the International Vocal School. Currently she studies with Professor Nesterenko. Anastasia Belukova joined the Novaya Opera in 2005. She is a guest soloist of the Helikon-Opera.

Her repertoire comprises Rosina in Rossini’s Il barbiere di Siviglia, Lyudmila in Glinka’s Ruslan and Lyudmila, Arminda in Mozart’s La finta giardiniera, the First Lady in Mozart’s Die Zauberflöte, Adele in Strauss’ Die Fledermaus, Xenia in Mussorgsky’s Boris Godunov, Olympia in Offenbach’s Les contes d’Hoffmann, to mention but a few. In 2009 the singer performed Norina in Donizetti’s Don Pasquale at the Festival Durance Luberon and Papagena in Mozart’s Die Zauberflöte, conducted by Mikhail Pletnyov, at the Grand Festival of the Russian National Orchestra at the Bolshoi Theatre.She performed Bach’s arias with the Spivakov Quartet at the Colmar Festival in France. In 2010 she sang in the Three Romes charity programme (Moscow-Istanbul-Vatican) jointly with the Russian National Orchestra, as well as Clorinda in Rossini’s La Cenerentola in concert.

Anastasia Belukova has performed with prominent conductors such as Vladimir Spivakov, Mikhail Pletnyov, Eri Klas, Vladimir Ponkin, and Dmitry Volosnikov. Since 2010 she has been receiving a scholarship of the Pletnyov Foundation. In 2011 the singer gave a recital in Reykjavík and a concert in Perm during the “Vladimir Spivakov Invites” festival. She sang the soprano part in Bach’s Christmas Oratorio conducted by Jan Latham-Koenig at the Moscow International House of Music.

Awards and Honours:
• Winner of the Romansiada International Competition (2006)
• Prize-winner of the Triumph Youth Award (2011) 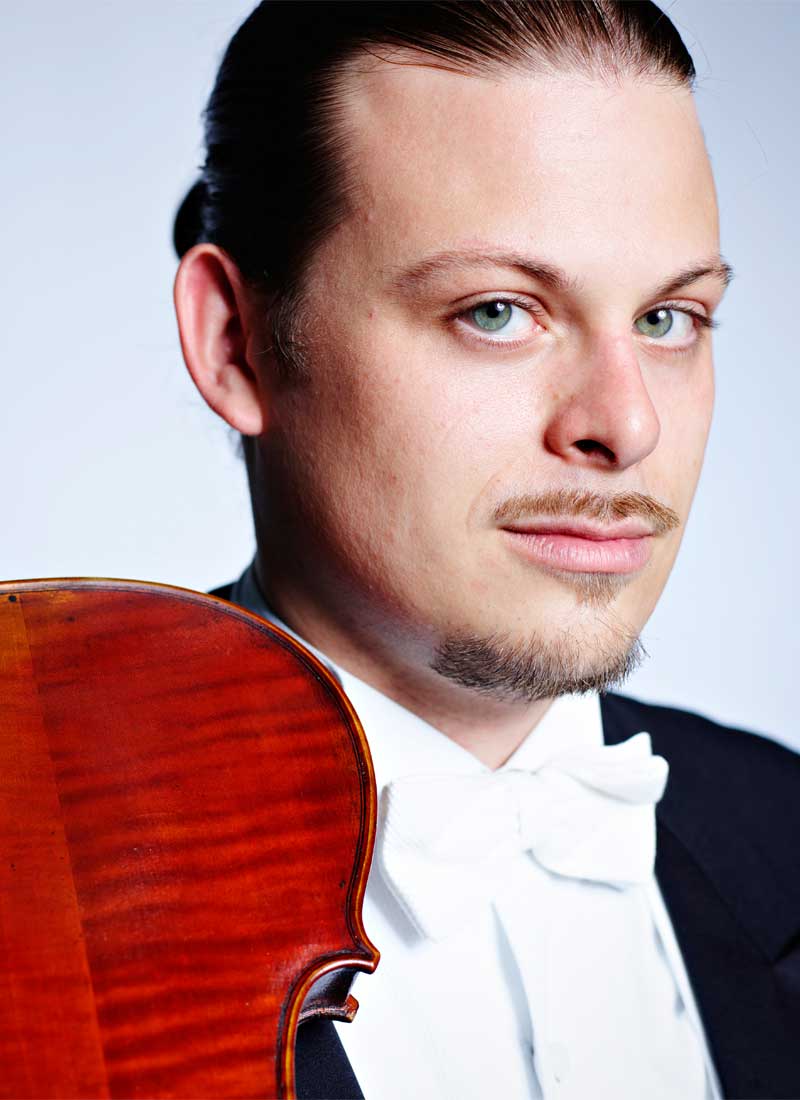 Canadian violinist Paul Medeiros completed his Bachelor of Music in performance at Dalhousie University in Halifax, Canada under the tutelage of Professor Philippe Djokic and Shimon Walt. During his study, he performed as soloist with the Dalhousie Symphony Orchestra. He also performed with Symphony Nova Scotia during his years in Canada. Paul is notably the recipient of the 2006 Ramon Hnatyshyn Foundation Award, a Canadian national prize awarded annually to one young artist in who shows exceptional talent and promise for a successful career. In 2010, Paul moved to The Netherlands to furthered his studies at the Amsterdam Conservatory with Lex Korff de Gidts and Cornelis Koelmans, graduating in June 2012 with a Master degree in violin performance. Paul has participated in masterclasses of Pinchas Zuckerman (USA), Régis Pasquier (France), Yehonathan Berick (USA), Jeanne Lamon (Canada), Maarten Veeze (Holland), Philippe Graffin (Belgium), David Früwirth (Germany) and Benjamin Peled (Holland). He has performed with orchestra ‘Ostravská Banda’ (Czech-Republic), the Paradiso Orchestra (comprised of members of the Rotterdam Philharmonic and the Royal Concertgebouw Orchestra), and toured with Sinfonia Rotterdam.

Paul is currently violist and section leader with the Laurenscantorijorkest in Rotterdam, concertmaster and section player with Holland Symphony Orchestra, and violinist with The Promenade Orchestra in Amsterdam. He is also very active as a chamber musician, composer and arranger. Besides working as a freelance artist, Paul is a violin and viola teacher at “De Vioolschool” in Haarlem, also giving training in chamber and orchestral performance at the institution.

Paul plays on a violin made in 1953 by Luigi Vistoli in Lugo, Italy. 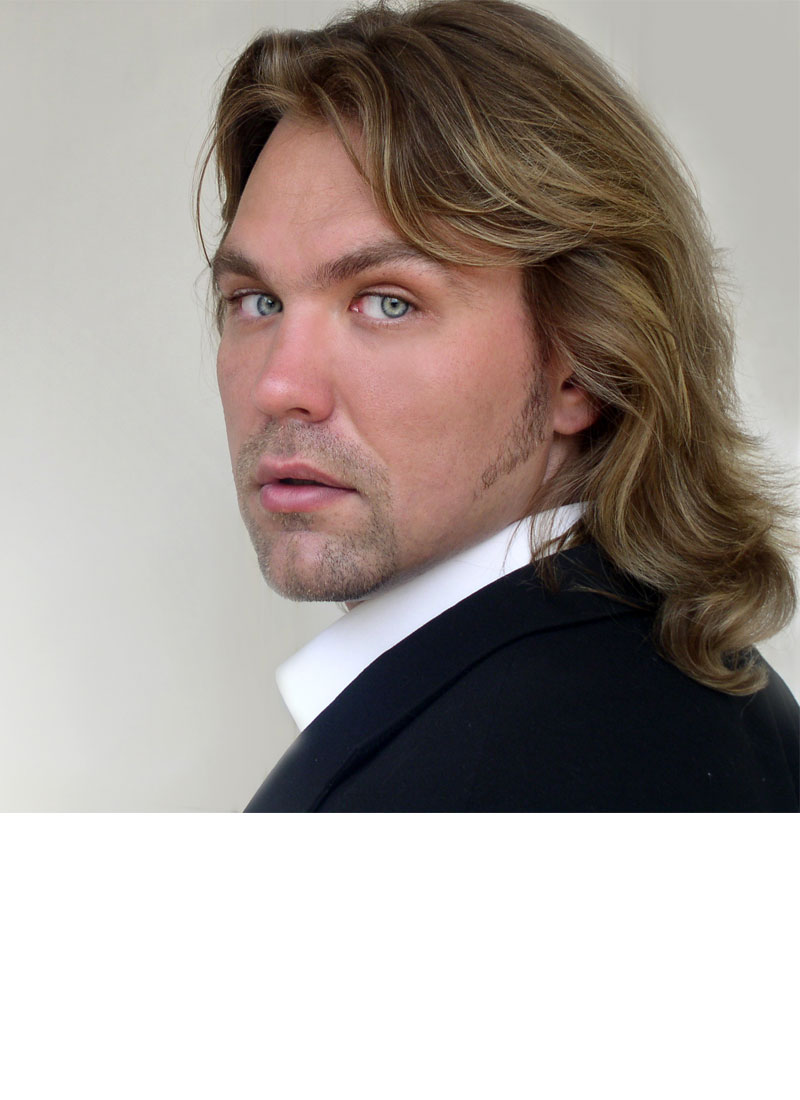 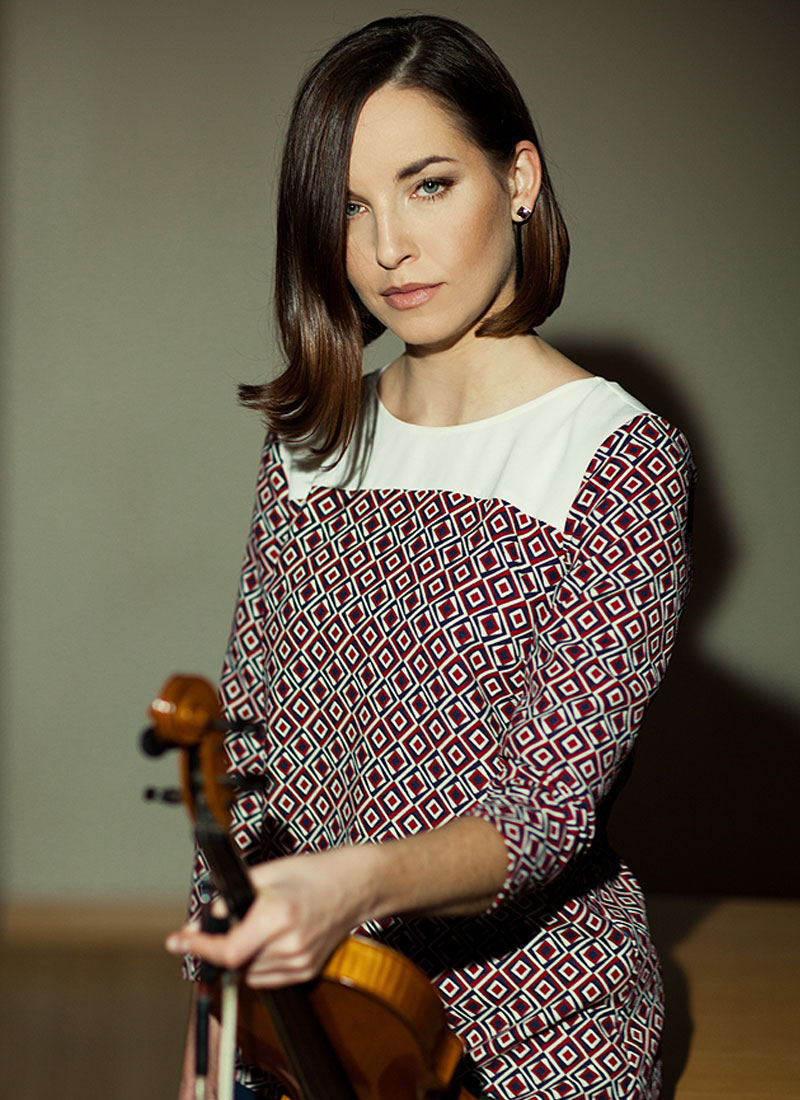 Ewa grew up in Poland where she got her master degree in music performance at Music Academy in Lódź. From her early years she was taking part in International Music Courses in Lańcut and followed masterclasses with teachers such as Christiaan Bor, Igor Frolow, JeremyCohen and Barnabas Kelemen. Ewa enjoys playing not only classical music, but also other kinds. In 2004 she took part in Henry Mancini Music Festival in Los Angeles where she had a chance to perform film music with conductors and artists as Patric Williams, Vince Mendoza, Burt Bacharach, Richard Kaufman, David Newman, Kenny Werner, Mark Isham and many others. She also participated in recordings in Warner Bros Studios and Fox Studios. 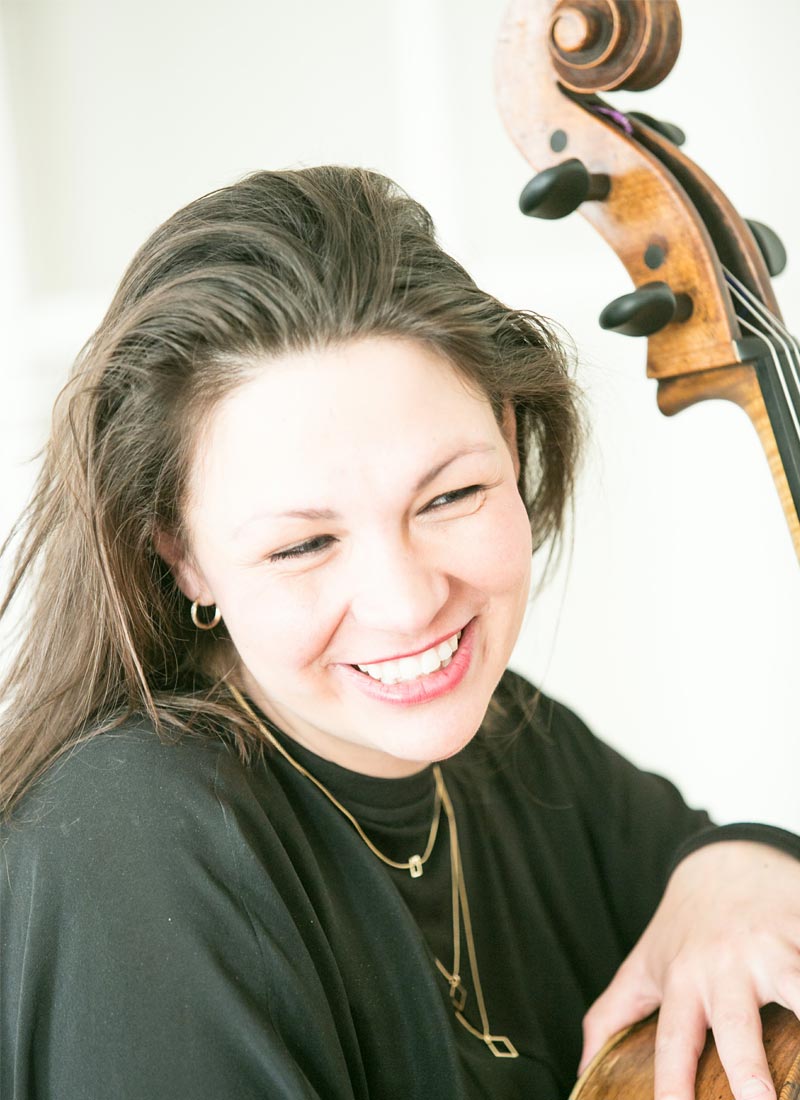 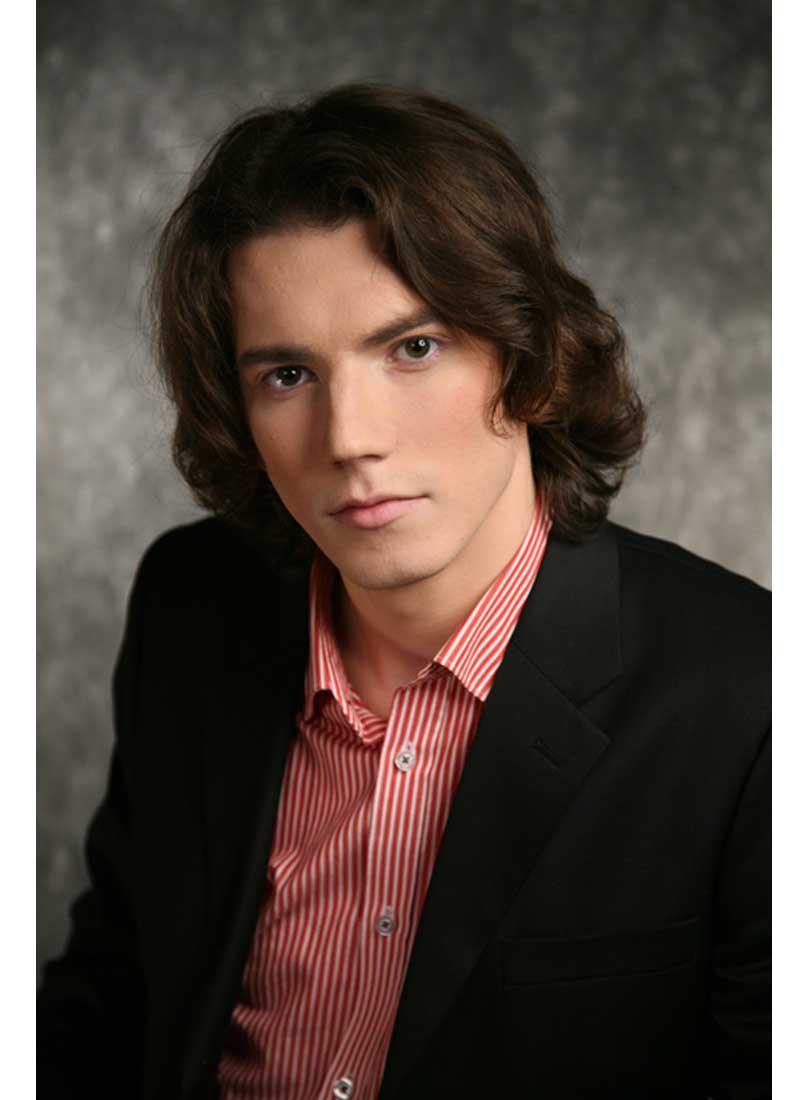 Yaroslav Abaimov graduated from the Sveshnikov Choral College in 2005 and from the Popov Choral Academy in 2010 with degrees in singing (Professor Nesterenko’s class) and in choral conducting (Associate Professor Gavdush’s class). The singer jointly with the Academy of Choral Art’s choir has performed at the best venues of Moscow and other Russian cities, as well as abroad. He has participated in numerous CD recordings. While studying, he worked with prominent conductors such as Victor Popov, Evgeny Svetlanov, Mikhail Pletnyov, Ion Marin and James Conlon to mention but a few.

In 2007, the singer performed the tenor part in Mozart’s Requiem with the National Philharmonic Orchestra of Russia led by Vladimir Spivakov at the celebration of the 30th anniversary of the Eifman St. Petersburg Ballet. In 2009, Yaroslav Abaimov performed the same part with the Minsk Philharmonic Orchestra led by Galanov and Lucas in Haydn’s The Seasons, conducted by Gómez Martines, at the Fetes Musicales de Savoie Festival in France. In 2007–2008, the singer attended master classes of Giandomenico Bisi, Gloria Borelli (Italy) and George Darden (USA) at the Moscow International Vocal School. Yaroslav Abaimov joined the Novaya Opera in 2010. 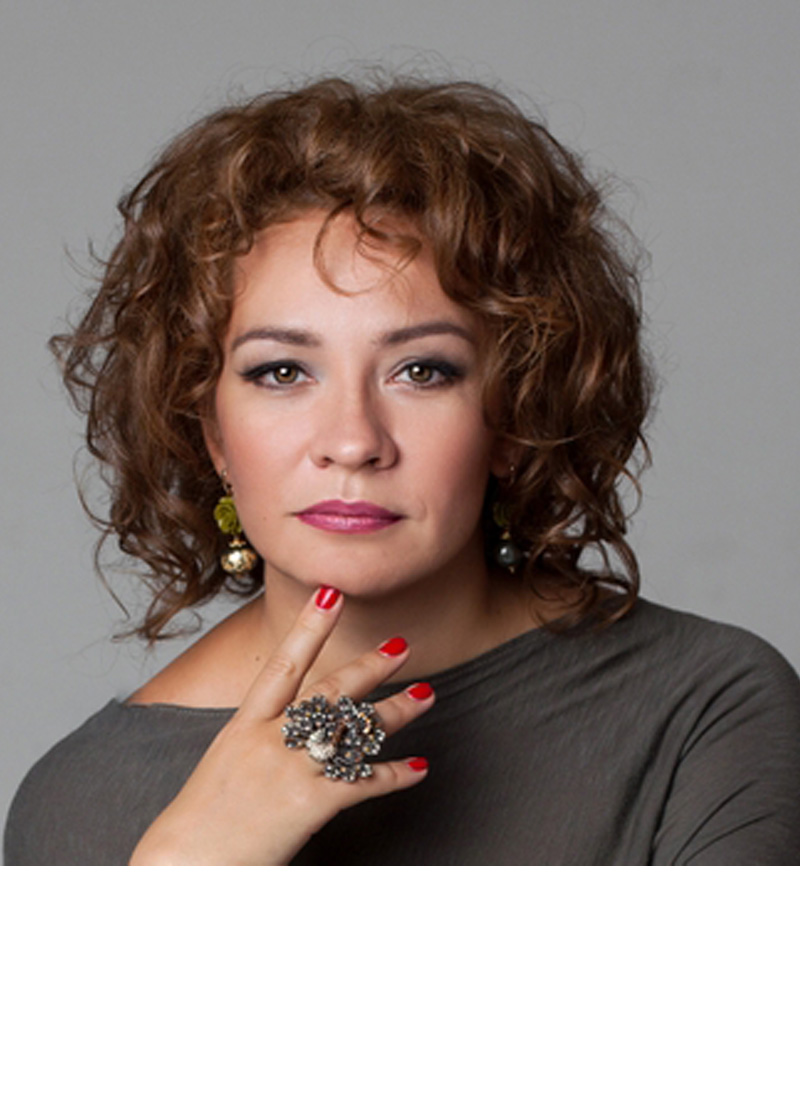 Ksenia Vyaznikova was born in Moscow, graduated from the Moscow Tchaikovsky Conservatory. In 1996–1998 she was a trainee in the Viennese Academy of Music (training course of I. Vamzer). She is the winner of the France Schubert International Vocal Competition, the Nicolay Pechkovsky International Competition of Young Opera Singers, a diploma winner of the Rimsky-Korsakov Competition, the grant-holder of the program “Novye Imena Planety”, a Honored Artist of the Russian Federation (2008).

Ksenia Vyaznikova performed the parts of Azucena (“Il trovatore” by G. Verdi) and Cherubin (“Le nozze di Figaro” by W. A. Mozart) on the stage of the Viennese State Opera. In 1998 she made her debut on the stage of the Czech National Opera in the premiere plays of “Carmen” by G. Bizet and “Samson et Dalila” by C. Saint-Saëns. She appeared at the Festival “Samarskaya Vesna”, the Sobinov (Saratov) and the Chaliapin festivals (Kazan). In 2000 Ksenia took part in the common project of the Tatar National Opera and Ballet Theatre and the Holland distribution company Euro Stage, by performing the part of Cherubin (“Le nozze di Figaro”). Ksenia Vyaznikova has been in Helikon-Opera since 2003. She participated in production of “Nabucco” by G. Verdi in Holland (the Conductor — M. Boemi, the Director — D. Krief, 2003), in the French productions of “Nabucco” (2004) and “Aida” (G. Verdi, 2007) by D.A. Bertman. In 2009 she made her debut on the stage of the Bolshoi Theatre. In 2010 Ksenia performed the part of Firs in the world premiere of the opera “The Cherry Orchard” by F. Fenelon (the common project of the Bolshoi Theatre and the Paris Opera). In 2013 she appeared on the stage of the Komische Oper (Berlin, Germany) in “The Fiery Angel” by S. Prokofiev and “Die Soldaten” by B. A. Zimmermann. Ksenia collaborated with such conductors as K. Nagano and T. Currentzis. On April 27, 2016 Ksenia Viaznikova perfomed a part of Adalgisa in concert performance of Bellini's "Norma" with participation of world opera star Maria Guleghina as Norma, soloists, artists of the choir and orchestra of Helikon-opera in Tchaikovsky concert hall of Moscow State Philharmonic. Conductor Konstantin Khvatynets. 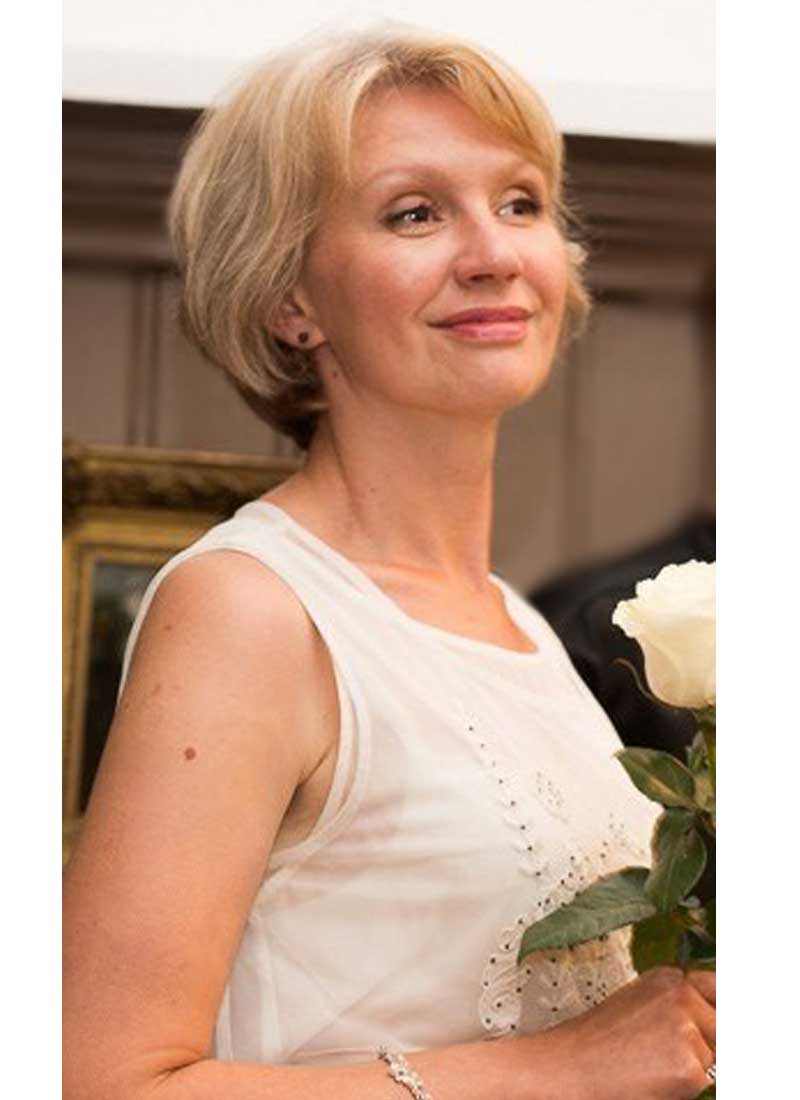 Korpacheva has participated in many festivals in Europe and Russia, including Semaines Musicales en Tour and Elba Isola Musicale d'Europa International Festival; Lockenhaus Chamber Music Festival; Les Museiques, Basel; KREMERata Baltica Festival in Sigulda; Festival Radio France et Montpellier Languedoc-Roussillon; Verbier Festival; Salzburg Festival and Kissingen Sommer in Bad Kissingen. Korpacheva has extensively toured Europe and America. She has performed in such well-known venues as Carnegie Hall, Musikverein, Tivoli, and the Great Hall of the Moscow Conservatory. Her recordings include Desyatnikov's Russian Seasons (Nonesuch, 2003), Shostakovich's Symphony No. 14 with Gidon Kremer and KREMERata Baltica (live recording from Musikverein; ESM, 2007). She has also participated in the recordings of the soundtracks for the films Moscow and Night Patrol.